The students of Windesheim initiated a very interesting innovation.

The students have investigated how the VIP can alert other road users in the most striking way, without having a Christmas tree effect, that they will make the crossing.

The innovation is a kind of “Knight Rider Blind Cane tip. This enhancement makes it possible for the VIP to alert other road users that they want to cross the road with a kind of  “indicator signal”, much like in modern cars.

The Marchena Light-up cane team picked up the idea and made a prototype based on the 4017 chip with 10 LEDs and one trigger RGB LED. The purpose of the prototype is to get an idea of ​​the form factor, weight, user controls and operation.

The first lab tests are encouraging, the prototype can be seen well in the evening and the weight gain is acceptable. The prototype is not optimized and is already light now. We think so, now the VIPs have to give their opinion on this, there is plenty of feedback on how things can be improved. 🙂

The prototype LED’s fit in a transparent acrylic tube as well as in the regular glass fiber tube of the standard Marchena Light up cane.

The disadvantage of the solution applied to the regular lightupcane tube is that the light from the handle flashlight does not pass the signal LEDs, so the team must investigate to what extent this influences the visibility of the Blind Cane and come up with improvements.

The really nice thing about this enhancement is that it is also suitable for regular blind Canes. So the team will put their minds to that as well.

The prototype: It is still a jumble of wires, but the 1.0 version is a neat printed circuit board (PCB) that everyone can buy through Amazon.

The new version boasts a 4017 chip and a 555 chip for a more stable operation. The speed can be adjusted, which is useful for testing purposes. When the formfactor for the PCB is ready, it will also be available for Marchena Lightup Cane owners and for regular canes.

This is what the prototype and new print looks like; 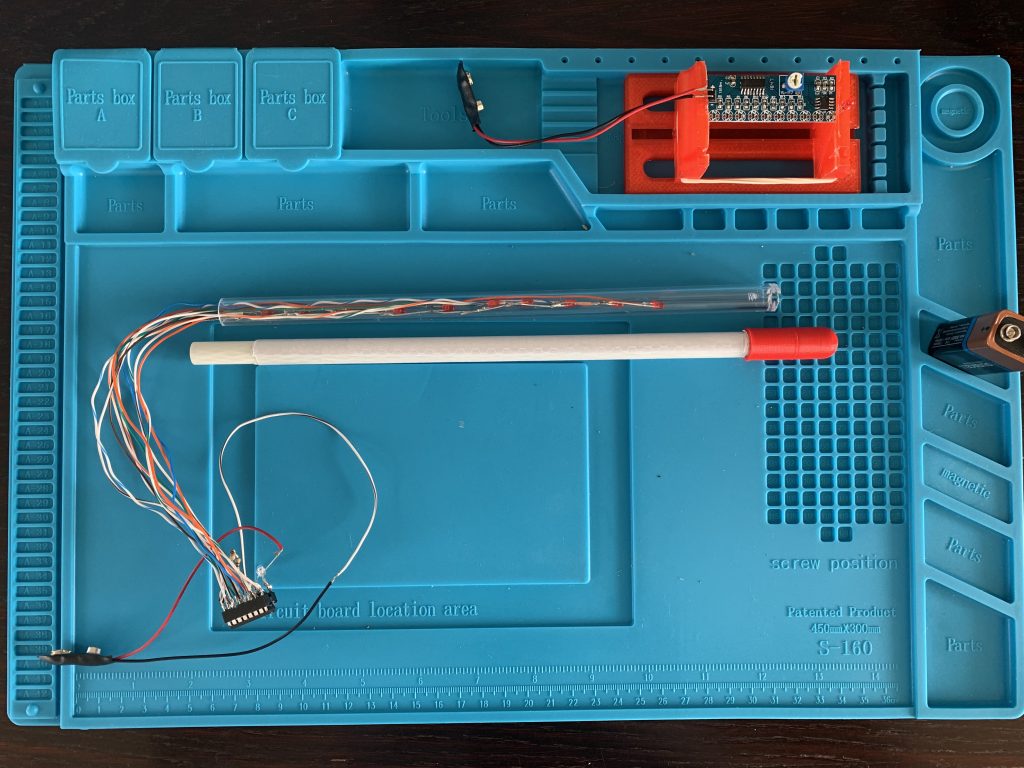 And this is how the prototype works! 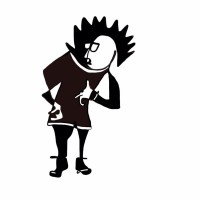